At the beginning of his speech, the Grand Imam said, “I thank you very much Your Excellency Mr. President, for your kind invitation for me to participate in this important conference, which is being held today in your blessed country. We pray to Allah, the Most High, the Almighty, that this conference will be a valuable addition to and another step forwards on the path of human fraternity, coexistence, and peace that our world is lacking today, just as a very sick patient is hoping desperately for the treatment that will end his aches and conflicts.”

The Grand Imam continued, “Just as the world is beginning to recover from the effects of the Coronavirus pandemic, which has claimed the lives of nearly fifteen million people. Hardly has the world woken up from the nightmares of this pandemic; it has been overwhelmed by other pandemics and disasters: natural, political, and economic ones caused by man, with his selfishness, his huge ambitions, and his guilty conscience.”

His Eminence added, “I do not think that I need to remind you of the horror and fear that humanity suffers today because of the sudden changes in nature and climate, which manifest themselves in rising temperatures, forest fires, and in the increasing levels of seas and oceans, threatening to flood entire cities. Climate change also causes rivers to dry up and many living creatures to perish, energy crises in addition to other problems that we ourselves read about in social media day and night. Moreover, we have recently been affected by arrogant policies that are shaking the pillars of the global economy, throwing rich and poor countries alike into severe and unexpected turmoil and affecting people’s livelihoods, not to mention terrifying, killing, or displacing innocent people.”

He added, “I do not need to remind you of these horrors, as they are part of our lives, of which only the heedless affluent are unaware, but I do remind you that these disasters are the work of our fellow human beings, and they are due to what man has deliberately and arrogantly done out of indifference to others. Man would not have committed these crimes had he not trespassed on sanctities never trespassed on in the past. It is painful that religion, with its laws and moral teachings that guide the course of civilizations, comes at the top of those sacred things that our contemporary civilization denies and ridicules.”

He went on to warn, “Our contemporary civilization has callously cast religion aside, replacing it with another religion based on infidelity and atheism. These two scourges have resulted in supposed individual freedom, selfishness, the worship of pleasure and lust, and sexual liberation which is wrongly linked to so-called mental and intellectual liberation.”

His Eminence continued with a stark reminder, “All this is accompanied by well-thought-out and well-funded campaigns that strongly influence the minds of young people, calling on them to renounce the concept of ‘family’. Such campaigns try to convince young people that ‘marriage’, as known to humanity since Allah created the Earth and those who live on it until now, is nothing but a great deception not befitting the new generations. They argue that young people must free themselves from the chains in which religions and human customs have ‘imprisoned’ them, in such a way that a woman should not be ashamed to marry another woman or to have more than one husband, and that a man can do the same. These calls are not acceptable, not even for animals and beasts, let alone for people with pure hearts and sound minds.”

His Eminence continued, “Perhaps you will agree with me that scientific and philosophical progress, and technological and social development, which mark today’s civilization, is no longer able to stop this moral and human decline. Furthermore, the philosophers of the Enlightenment have lost their ‘bet’ that scientific and technological progress guarantees that world peace will go hand in hand with a civilized world.”.

The Grand Imam revealed, “We acknowledge that Western civilization has made huge leaps forward for humanity in the past two centuries, with tremendous practical achievements in the fields of science, industry, medicine, education, art, culture, transportation and communication, space travel, and much more. We do acknowledge all of this, but the decay of spirituality and the absence of the moral dimension from the life of contemporary man, and his deliberate and premeditated mockery of the heavenly messages, have emptied this civilization of any real value it may have.”

He went on to say, “A pivotal role in confronting this civilizational downfall falls – in the first place - on us, religious scholars, and clergymen. Our role consists in reviving the messages of heaven, teaching the morals and virtues that these messages are rich in, which are the means and tools for reforming the course of humanity, and reviving what we can only describe as its rotting corpse. I know that major obstacles, not to be underestimated, may prevent this from happening smoothly. The first of these obstacles is the absence of ‘openness’ or a real mutual dialogue between religious scholars themselves.”

The Grand Imam emphasized, “Peace among peoples is an olive branch between religions, and that ‘religious fraternity’ generates and realizes ‘world human fraternity’. The branch cannot exist, act, or have an influence without its originator. The best way to start - in my opinion - is with the resurrection of this fraternity between scholars and religious leaders, for they are the most skilled in diagnosing moral and social ailments and diseases and treating them with religion. We must be aware that the imminent danger now does not come from the religious differences, but from atheism and the philosophies generated by it that sanctify what is material and worship its impurities and belittle and ridicule religion.”

He set a stark reminder by stating, “When I call for the priority of making peace between religious scholars and symbols, I do not mean merging religions into one religion. Such a call would not be propagated by a sane person, nor would a believer, regardless of his religion, accept it. I believe that ​​merging religions into one would be a destructive idea, uprooting them from their origins; at best, this is an absurd and unimaginable fantasy that cannot be put into practice. Since it is God's will that He has prescribed for each of us a law and a well-defined way. What I am in fact calling for is to take serious actions to promote the mutual values between religions, particularly; civilized acquaintance, mutual respect and coexistence between people.”

The Grand Imam went on to call for a special and focused meeting among religious symbols to discuss - in complete frankness and clarity - their own responsibilities and the responsibilities of other leaders, politicians, and senior economists towards these moral and natural disasters that threaten the future of all humanity. He described this, “I do not think that such a meeting would be difficult or impossible for concerned religious leaders in the West and the East, as the experience we have acquired from the Document on Human Fraternity encourages us to do so.”

His Eminence concluded by stating, “Almighty Allah helped us succeed in completing the Document on Human Fraternity, the first humanitarian pact between Christians and Muslims in our modern age. Thus, the theory that Al-Azhar has always believed in, and advocated everywhere, has been confirmed, which is that every serious responsible meeting between religious symbols will inevitably create a lifeline for human civilization, even if the hurricanes of evil try to uproot it.”

With a total of 108 religious and world leaders from 60 different countries, the Congress of Leaders of World and Traditional Religions is held every three years and is considered one of the most important interfaith dialogue events in the world. Through prominent world and religious leaders, the event aims to promote moderate religious values while combatting intolerance and extremism. 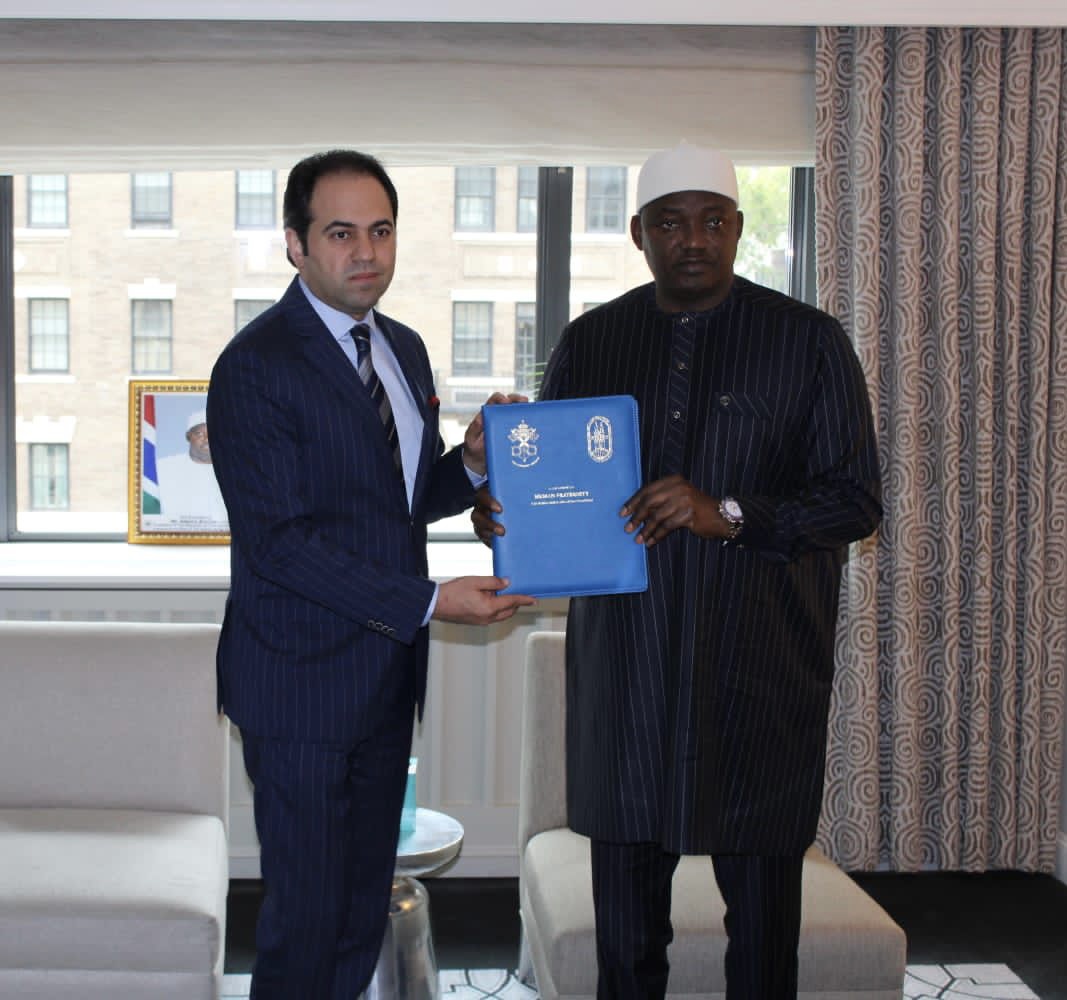 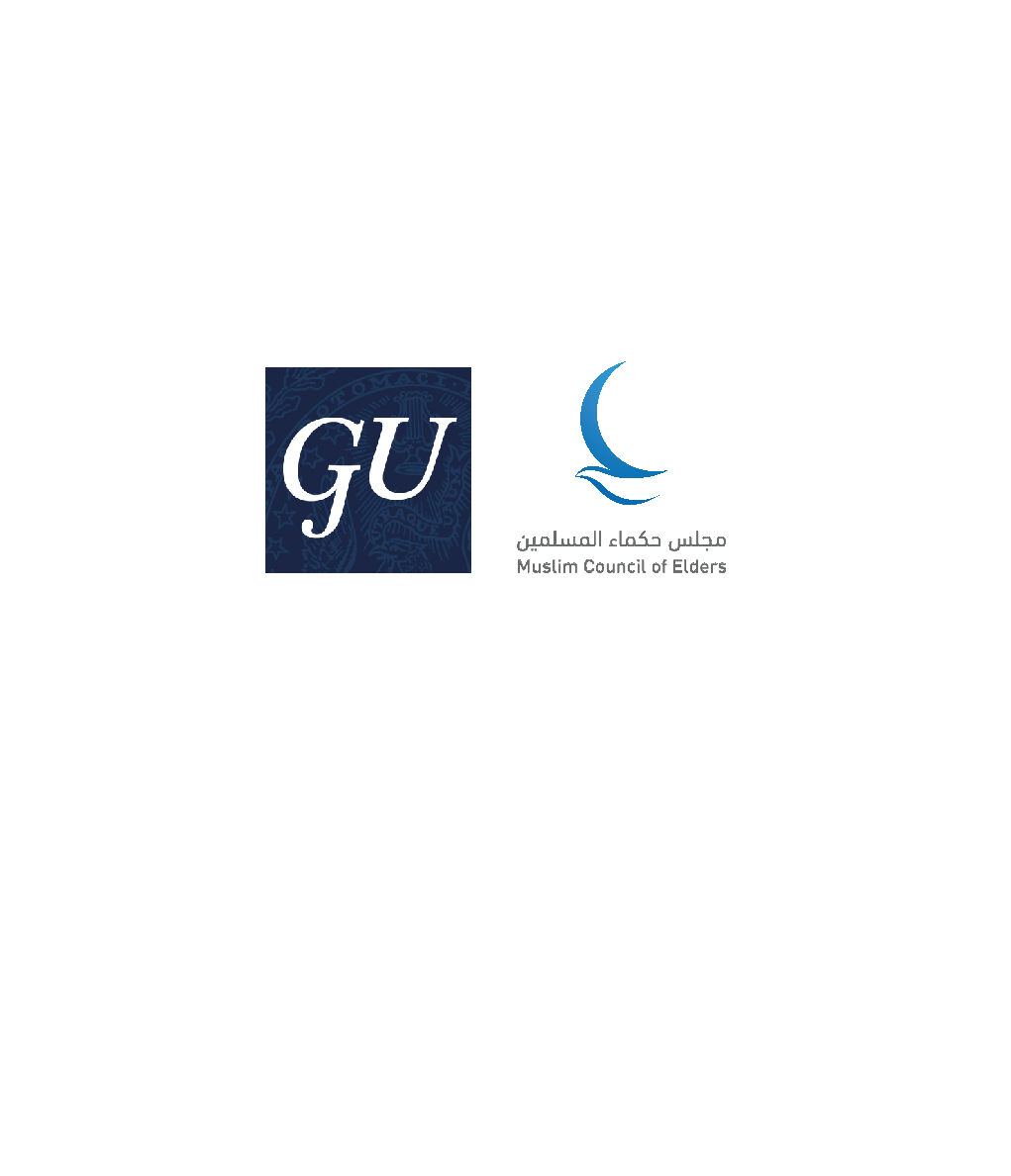 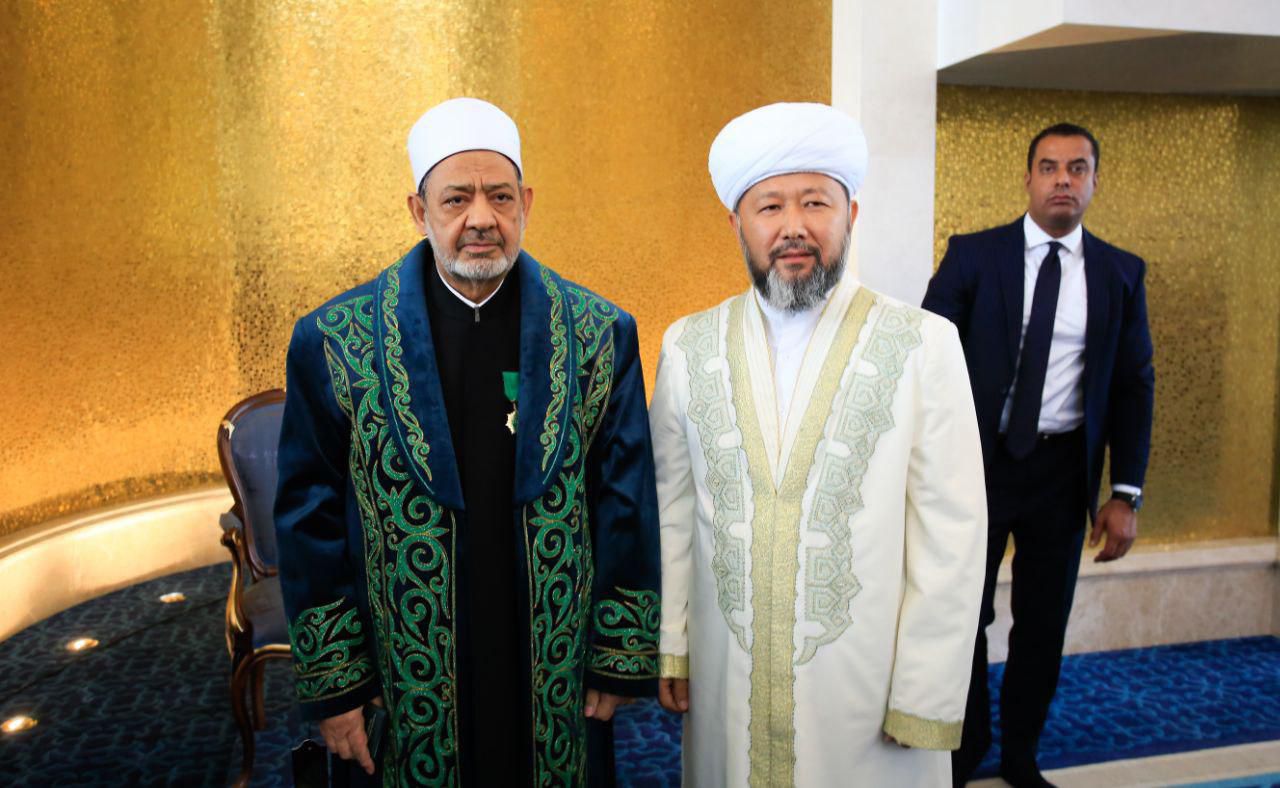 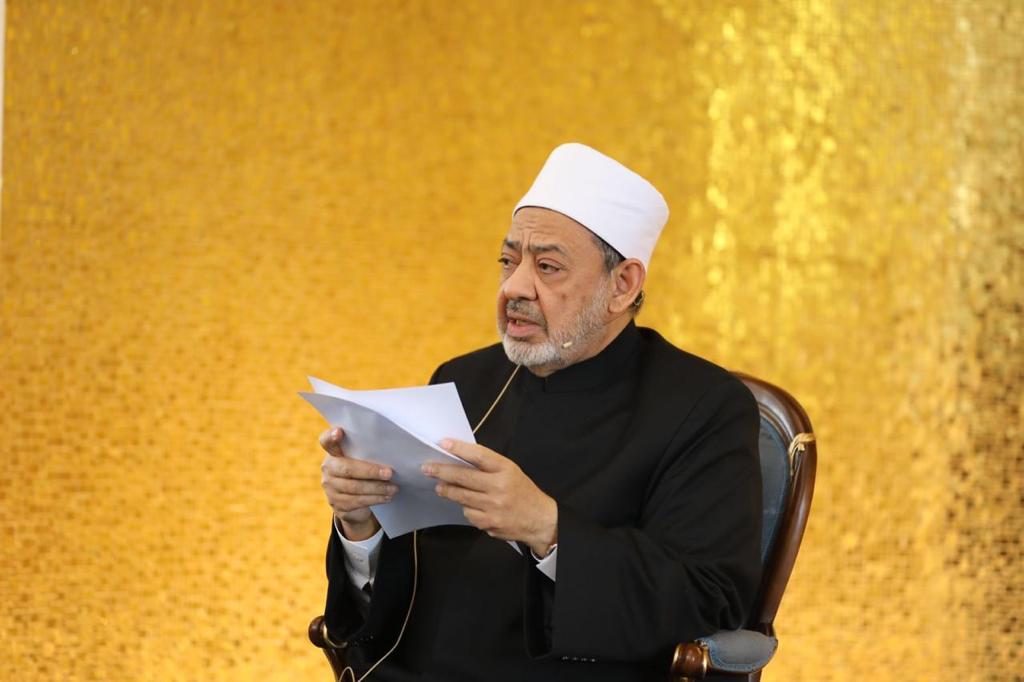